#1 New York Times bestselling author
It would have been great.

FURIE'S KEY
Furie's Key was supposed to launch in 2018, one of several series from a new publisher called 412 Comics. Alas, like so many new comics ventures, the company hit a few of the road bumps that dot the path in this unforgiving business and – at the time of writing – none of the series have appeared. Still, 412 were nice to work with, and the company paid me for the four issues I wrote, which is more than some multimillion-dollar book publishers managed to do, and I had a blast working with artist Steve Kurth, my old mate from the G.I. Joe days.

I opted to take back the story elements that I'd created for the series (which was a collaboration) and turn them into novels under a different title, so keep an eye out for those in the next few years. It's about time I did something medieval and I've still got all the weapons and warfare research I did at the time.

Anyway, it's a shame that nobody got to see more than the four-page prelim of Furie's Key, because it was an epic medieval thriller with great characters, but Steve and I had a lot of fun doing those unpublished issues.

Seriously, look at Steve's work. It's superb. It breaks my heart that most of his stuff on this series has never been seen by readers. 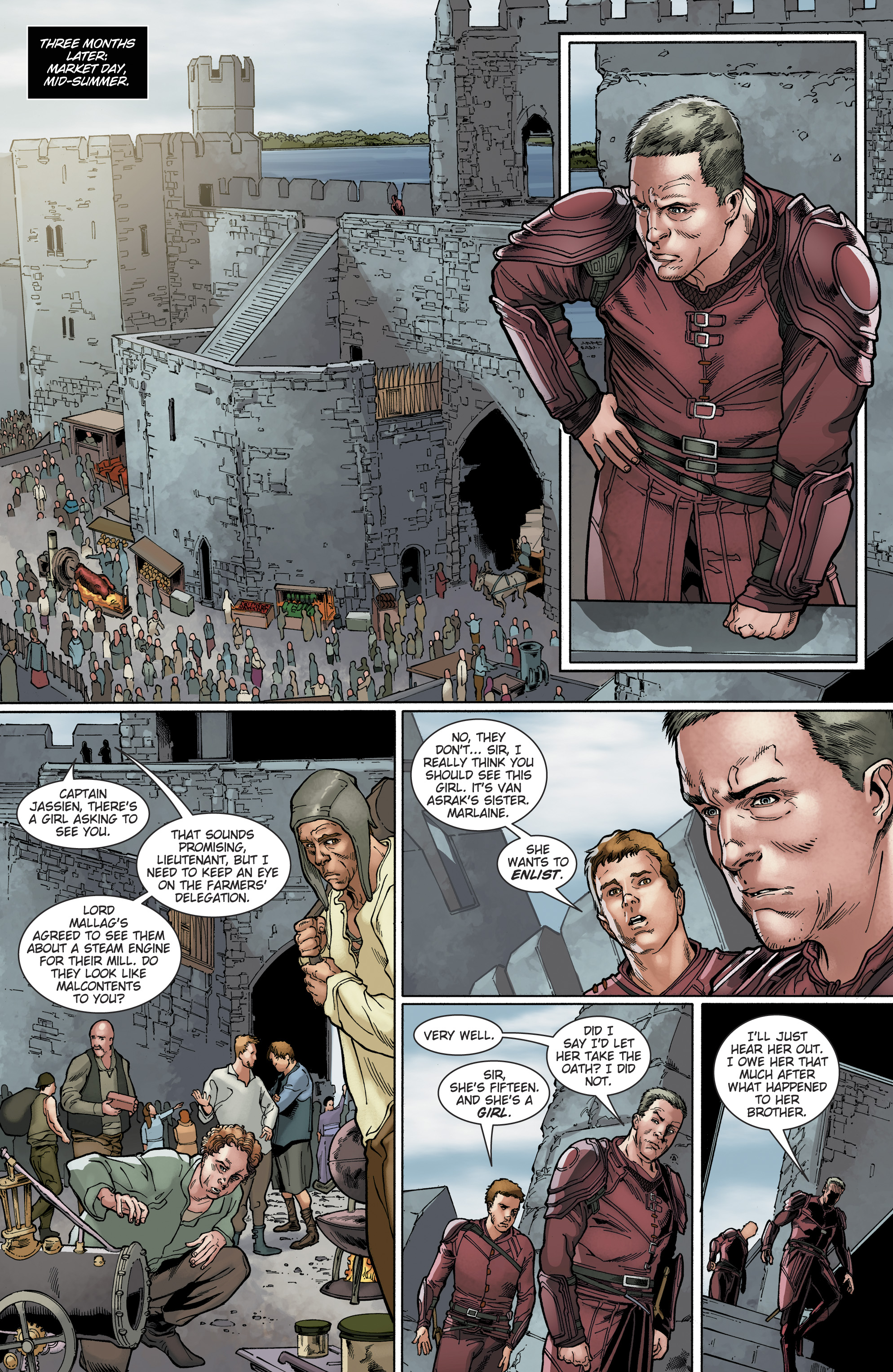